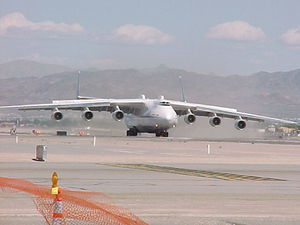 A Yemeni military cargo plane crashed Tuesday while landing at a base in the southern province of Lahej killing at least four of 15 people on board, a military pilot said.

"Three Syrian technicians and one Yemeni were killed," the source at al-Anad base told Agence France Presse, adding that eight Syrian engineers and seven Yemenis were on board the Russian-made plane.

"It exploded upon hitting the runway," he said.

The pilot stressed that the Antonov plane was not carrying weapons.

al-Anad airbase was built by the British who ruled south Yemen until it became independent in 1967.

Lahej and several southern and eastern provinces of Yemen has also become an operation zone for militants of an al-Qaida branch believed to be taking advantage of a weakening central authority following nine months of nationwide protests against President Ali Abdullah Saleh.

Military officials have said that authorities in Sanaa have withdrawn military planes from the main Dailami air base, near Sanaa airport, to other bases, including al-Anad, due to nearby confrontations between Saleh forces and his opponents.

The elite Republican Guard, led by Saleh's son Ahmed, has repeatedly clashed with anti-Saleh tribes in Arhab, north of the airport, while Saleh loyalists are frequently engaging in deadly confrontations in north Sanaa with dissident troops and tribes backing protests.

Despite domestic and international pressure, including a U.N. Security Council resolution last week urging Saleh to sign a deal to quit office, the veteran leader has refused to relinquish power.