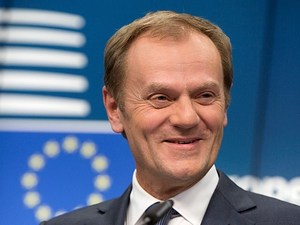 The EU canceled a full 28-nation summit on Sunday to decide Greece's fate in the single European currency, although a meeting of leaders from the 19 countries in the eurozone will go ahead as planned.

The announcement by European Council President Donald Tusk came as eurozone finance ministers met for a second day to continue "difficult" Greek bailout talks, with the aim of reaching a deal that eurozone leaders can sign off on.

The summit of 19 eurozone leaders will still be held at 1400 GMT and "last until we conclude talks on Greece", Tusk said.

The EU also said it was "relatively unlikely" it would get the green light Sunday to start talks for a new bailout for cash-strapped Greece.

"I think it's relatively unlikely that the European Commission will get a mandate to start formal negotiations" on a new bailout, EU Commissioner for the euro Valdis Dombrovskis told reporters.

An EU source said the cancellation of the full summit of 28 EU leaders was a "good sign in principle" in terms of whether a Greek deal would be reached.

"But it means the question of the mandate for negotiations will be bumped up to the eurozone summit" as finance ministers are unable to seal an agreement, the source told AFP.

Another diplomat said the cancellation was to "allow us to finalize" a deal and to allow better discussion at the eurozone level.