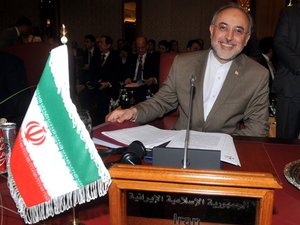 The body of Prince Sultan, who died Saturday in a New York hospital, was repatriated to Riyadh late Monday for a subdued funeral, in line with strict Islamic traditions applied in the ultra-conservative kingdom.

Tensions have heightened between Iran and Saudi Arabia in the past two weeks, since U.S. allegations that Iranian officials tried to organize the assassination of the Saudi ambassador to Washington.

Although Tehran has rubbished the accusations, Riyadh has taken them seriously and stated it was pondering "a suitable response."

Even before the plot claims, the ties between the two regional rivals were strained over Saudi Arabia's military assistance to Bahrain to put down pro-democracy protests by Shiite demonstrators.