STL Prosecutor Says Probe into 3 Other Attacks has not Stopped 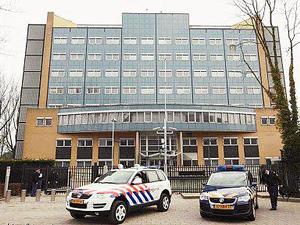 Special Tribunal for Lebanon Prosecutor Norman Farrell has said that the court has been investigating the attacks on MP Marwan Hamadeh, the former head of the communist party, George Hawi, and ex-Defense Minister Elias Murr.

Farrell told As Safir daily published on Tuesday that in addition to ex-Prime Minister Rafik Hariri's murder, the STL is “working on” the assassination attempt against Hamadeh in October 2004, the killing of Hawi in June 2005 and the attempted murder of Murr in July the same year.

In 2011, Pre-Trial Judge Daniel Fransen received a request from the Office of the Prosecutor to determine whether or not these cases are connected to the February 14, 2005 assassination of Hariri.

He ruled that the Prosecutor had presented prima facie evidence that each of the three cases are connected, and are thus within the tribunal's jurisdiction.

But As Safir said that there has been no information since 2011 on the progress made into the investigation of the three cases.

The Prosecutor has not issued any indictment, only saying in a yearly report issued by the STL that the three crimes are a “priority” for his office, said the report.

The office refused to divulge information on whether any progress had been made, only telling As Safir that it does not discuss cases that are still under investigation.

only in your filthy mind!... such a disgrace U R.
@southern, aren't you ashamed of yourself wasting people's time, zero contribution, naive.

Southern, all I am asking you is a simple thing: Why did the then president Lahoud immediately started removing and disturb all indices of the crime scene that same night of the 14 February 2005 to unknown destinations? Why was he stopped a day after? Why was the then serving minister Frangieh go to such lengths to tell the public that it was an aerial missile attack instead of the huge truck bomb? Why was the pro-Syrian government doing everything in its hands to dissimulate facts? And why my dear Southern, every time we talk of the STL, you're so quick to post against? Man, your Hezbollah, Syria and the Lebanese lackeys like yours are as guilty as hell, give it time and we shall see.

Southern, who killed presidents Bachir Gemayel and Rene Mouawad? Grand Mufti Khaled? Kamal Jumblat? Satiric Comedian Abul Hassan? Journalist Samir El Lawzeh? Shall I go on? Who is holding thousands of Lebanese prisoners in Syria? Who orchestrated the suicide attacks against the French and American Marines at Beirut Airport and why? Southern, the name is simple, your militia for rent is fighting there for the very survival of the regime, the name is Syria, aided and financed by Iran, it's all about that Shiite crescent, now broken into pieces.

Southern, you people are quick on judgmental traits aren't you? Rashid Karame ya habibe was killed by a group of Christian politicians, Johny Abdou then army chief of intelligence, Amin gemayel and Samir Geagea amongst others as well. The plan was moving normally when at the last moment they left Geagea alone on this. Then, about Karame, wlak Allah maye reddo, you're lamenting on that traitor? Now about Chamoun, ya habibe, those who kiilled Kamal Jumblat are the same people who killed Chamoun, sit with Walid Beyk and have a word in private with him. But about the murders of anti-Syrian figures, the plot is thick with Hezbollah, Syrian and Iranian involvement. Now if you think I've lost credibility, who gives a sh*t about how you feel, it's about time we say things as they are, Hezbollah is guilty as broad daylight rape. You're talking in self-sanctimonious terms my friend.

No one can deny that Ebola is a disease.