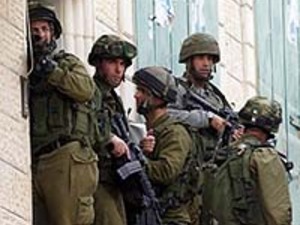 Israeli television and radio reported that Ilan Grapel had touched down at Israel's Ben Gurion airport at around 1630 GMT, arriving on a private plane from Cairo, accompanied by Israeli officials.

He arrived in Israel shortly after 25 Egyptians imprisoned in the Jewish state for a range of criminal offences were transferred via the Taba border crossing to Sinai, where they received a hero's welcome.

Grapel was accompanied from Cairo by Israeli lawmaker Israel Hasson, who spoke to Israeli public radio from Cairo shortly after receiving the U.S.-Israeli citizen from Egyptian officials.

"I'm here with the lawyer Yitzhak Molho and Ilan Grapel, who is carrying a back pack, and we are about to get on the plane to return to Israel," he said.

"I hope that this affair will allow us to improve relations with Egypt," he added.

Israeli media said Grapel would travel to Jerusalem for a brief visit with Prime Minister Benjamin Netanyahu before flying home to his family in New York.

Grapel, 27, was arrested on June 12 and accused by Egypt's military rulers of being an agent of Israel's Mossad spy agency and of sowing sectarian strife during the uprising which ousted president Hosni Mubarak in February.

Israel has strongly denied the charges, insisting the whole thing was a mistake and accusing Egyptian authorities of "bizarre behavior."

Israel's security cabinet on Tuesday approved the deal to free the 25 Egyptians in exchange for Grapel. The names of the detainees were published on October 25, giving Israelis 48 hours to file any legal challenges.

But there has been little domestic opposition to the release of the prisoners, who were all convicted of either illegally entering Israel or smuggling drugs or weapons.

The Israeli Supreme Court on Wednesday rejected an 11th-hour appeal saying the exchange was a political decision which they had no authority to intervene in.

The returning Egyptian prisoners, all of them Bedouin, were welcomed with an official reception at a Taba hotel, attended by the governors of North and South Sinai, as well as representatives of the Bedouin community in the area.

Egyptian television broadcast footage of the prisoners arriving in Sinai, some of them bending down to kiss the ground.

Three minors among the detainees, two aged 15 and one aged 16, were the first to arrive, and were greeted by a welcome committee clutching flowers and Egyptian flags.

The governors held a press conference to hail the swap deal and fete the returning prisoners.

"Today is a celebration day, a historic day. It's a great victory for us," said South Sinai governor Khaled Fouda.

The prisoner exchange comes shortly after Egypt mediated the release of Gilad Shalit, an Israeli soldier held in Gaza for more than five years, in return for the release of hundreds of Palestinian detainees.

It also comes amid strained relations between Israel and Egypt since Mubarak's overthrow in February.

Egypt was the first Arab country to sign a peace treaty with the Jewish state, but relations have soured amid popular anger over the Israeli-led blockade of the Gaza Strip and deadly border incidents in the Sinai peninsula.