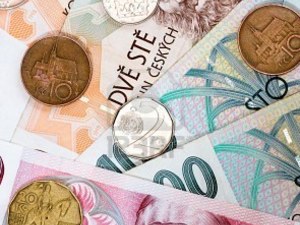 A Czech bank clerk went on a banknote-ripping spree to take advantage of a change in the law that allowed her to easily earn a 25-percent bonus on her deposit, the police said Thursday.

Using helpers, the woman then tore the banknotes into two unequal parts and took the smaller pieces to banks all over Prague to swap them for real money.

"She knew that she would get 25 percent of the total value of the damaged banknote before a law change that took effect in July this year," Kropacova said.

She held on to the larger pieces of the ripped-up notes until the new law came into force.

Under the new rules, bringing the Czech Republic into line with the rest of the European Union, she got the total value of the banknote provided she handed in at least half of it, Kropacova explained.

Kropacova declined to say which bank the woman had worked at, but Czech TV channel Nova said she had been a central bank employee.

"The Czech central bank (CNB) filed a criminal complaint with the police against a group of people both inside and outside the CNB. No one from this group works at the CNB any longer," Petra Hajkova from the CNB's press department told AFP.

Where is the fraud if the law allows it and has provisions for it i.e. paying a 25% worth for a less than halved note and a 100% one for a more than halved one?