U.S. to Push Ahead with Vexed Syria Training Mission 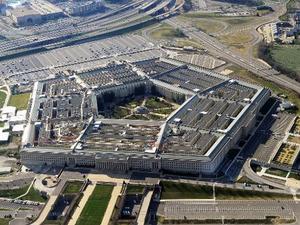 President Barack Obama's administration vowed to press ahead with a half-billion-dollar mission to train Syrian opposition fighters Tuesday, despite fears that its initial failures have dented U.S. credibility.

After the routing of a 54-strong U.S.-trained force by al-Qaida allied rebels, Pentagon spokeswoman Commander Elissa Smith told Agence France Presse there was no plan to pause or scale back the program.

"We are continuing with training," she said, "despite the initial challenges, (the Department of Defense) remains firmly committed to building the capacity of the moderate Syrian opposition."

The mission aims to train around 5,400 vetted Syrians each year for three years, to combat the militant Islamic State group, which has brought its severe brand of Sharia law to swathes of northern and eastern Syria.

Several hundred U.S. forces are involved in the training mission and the Pentagon has so far identified more than 7,000 potential trainees from among the Syrian population.

But so far only an estimated 60 personnel have been deployed, amid strict counterintelligence screening.

Many in Washington are mindful of the lessons of the 1970s, when U.S.-armed-and-trained Mujahedeen fighters opposing the Soviet invasion of Afghanistan became key cogs in the Taliban and al-Qaida.

Despite the troubled start to this latest train-and-equip mission, the Obama administration has asked -- and looks set to receive -- around $600 million from Congress to fund the program.

Experts say the mission may yet prove critical in fighting the so-called Islamic State, a jihadist group that sprang out of the Sunni rebellion in Iraq.

The group has proven deft at recruiting Iraqi and Syrian Sunnis disenfranchised by Shiite or Alawite-led central governments.

"Obviously the insertion of the initial trainees was terrible," said Andrew Tabler, a Syria expert at The Washington Institute for Near East Policy.

"That being said, I don't see an alternative to it. You can't defeat the Islamic State with some Kurds and a what's left of the Assad regime in a country that is majority Sunni."

To bolster the US-trained force, the White House recently announced that American airpower would be used to defend them if needed, a major shift, but one unlikely to transform the conflict.

At the same time the United States and Turkey said they would work together to create an Islamic State-free zone in northern Syria.

For the time being, US trained fighters are likely to be deployed within already cleared zones, or areas under Kurdish control.

The US train-and-equip mission is part of Washington's twin-pronged strategy that aims to roll back Islamic State and pave the way for a negotiated end to the Syrian civil war.

What began as an uprising against Bashar Assad's regime has metastasized into a sectarian conflict with a bewildering array of militia belligerents -- including Kurdish, non-religious, Islamic State and al-Qaida-aligned forces -- as well as overlapping networks of alliances.

Until now, tackling Islamic State and finding peace have both been stymied by the competing strategic interests of the United States, Iran, Russia, Saudi Arabia, Turkey, Qatar and others.

But, fresh from reaching a nuclear deal with Iran, Obama recently expressed some optimism that Assad's backers in Moscow and Tehran may be willing to cast him aside as they see the regime losing significant ground.

"I do think the window has opened a crack for us to get a political resolution in Syria," Obama said.

"Partly because both Russia and Iran, I think, recognize that the trend lines are not good for Assad. Neither of those patrons are particularly sentimental."

While few see chances of an immediate breakthrough, diplomats do see a convergence of interests around the idea that the Syrian state must not collapse entirely lest Islamic State benefit.

The major stumbling block may as ever prove to be Assad's fate, with the United States, Syrian opposition and Saudi Arabia insisting he must go, while Russia and Iran fear losing a problematic but useful ally.