U.S. Private Sector Vows to Ante up on Climate Finance 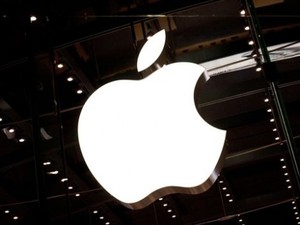 Some of the biggest U.S. corporate names lately offered their support - and billions of dollars in green financing pledges - to buttress the Obama administration's quest for a global agreement on combating climate change.

Google, Apple, Goldman Sachs and 10 other well-known companies joined the White House in launching the American Business Act on Climate Pledge, a campaign that the White House said would inject $140 billion in low-carbon investments into the global economy.

Massive private sector commitments are seen by participants as essential to getting a global agreement on climate change in Paris in December. Emerging nations have demanded that any agreement include tens of billions of dollars in financing from developed nations to help their economies adapt to a low-carbon future.

Although not all the corporate pledges represented new commitments, Monday's announcement showed the administration's ability to get private sector buy-in for international climate change financing.

"Voluntary commitments alone will not get us the meaningful reductions we need," she said. "Strong carbon-reducing policies are hugely important."

None of the companies involved in Monday's announcement were from the fossil fuel sector of the economy, though the White House said there could be a second round of pledges in the fall ahead of the Paris conference.

Other companies included General Motors, Bank of America, Microsoft and Coca Cola, many of which also announced measures to reduce their own greenhouse gas emissions and deploy more clean energy.

The White House said the companies' promises would lead to at least 1,600 megawatts of new renewable energy being brought on line. Water-use intensity would be reduced by 15 percent and the companies would target zero net deforestation in their supply chains.

Google, which claims to be the biggest corporate purchaser of renewable power globally, pledged to triple those purchases over the next decade.

In a blog post on Google's website, CEO Eric Schmidt said while the private sector can play a leadership role on climate change, it needs political certainty to encourage companies to scale up their investments.

"We need the world’s political leaders to confirm that investments in clean energy are sound, and that the laws and policies meant to enable such investment will be designed for the long term," Schmidt wrote.

Among other elements of the plan, Apple, one of the 13 companies, pledged to bring nearly 300 MW of renewable energy online in five states and the Sichuan province in China. Berkshire Hathaway said it will retire 75 percent of its coal-fueled generating capacity in Nevada by 2019.

Secretary of State John Kerry is scheduled to host an event at the State Department on October 20-21 to "highlight American leadership in climate investment and innovative solutions to our toughest climate finance challenges."