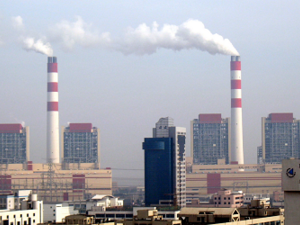 In a rebuff to coal, oil and gas companies, Rachel Kyte, the World Bank climate change envoy, said continued use of coal was exacting a heavy cost on some of the world’s poorest countries, in local health impacts as well as climate change, which is imposing even graver consequences on the developing world.

Coal, oil and gas companies have pushed back against efforts to fight climate change by arguing fossil fuels are a cure to “energy poverty”, which is holding back developing countries.

Peabody Energy, the world’s biggest privately held coal company, went so far as to claim that coal would have prevented the spread of the Ebola virus.

However, Kyte said that when it came to lifting countries out of poverty, coal was part of the problem – and not part of a broader solution.

“Do I think coal is the solution to poverty? There are more than 1 billion people today who have no access to energy,” Kyte said. Hooking them up to a coal-fired grid would not on its own wreck the planet, she went on.

But Kyte added: “If they all had access to coal-fired power tomorrow their respiratory illness rates would go up, etc, etc … We need to extend access to energy to the poor and we need to do it the cleanest way possible because the social costs of coal are uncounted and damaging, just as the global emissions count is damaging as well.”

The World Bank sees climate change as a driver of poverty, threatening decades of development.

The international lender has strongly backed efforts to reach a deal in Paris at the end of the year that would limit warming to a rise of 2C (3.6F).

However, even that deal would not do enough to avoid severe consequences for some of the world’s poorest countries, Kyte said.

“Two degrees is not benign,” she said. “It is where we put the line in the sand.”

Fossil fuel companies have pushed back against the notion that climate change is a driver of poverty, arguing instead that the low global prices for coal and oil are a benefit for poor countries.

Peabody launched a global public relations offensive around the notion of “energy poverty”, trying to rebrand the dirtiest of fossil fuels as a poverty cure. Spokesmen for Shell have called efforts to cut use of fossil fuels in developing countries “energy colonialism”.

The World Bank stopped funding new coal projects except in “rare circumstances” three years ago after the U.S., Britain and the Netherlands opposed its decision to finance a new coal-fired power plant in South Africa.

The U.S. stopped investing in new coal-fired projects overseas in 2011, and called on lending institutions like the World Bank to do the same.

Kyte in her remarks on Wednesday left some room for the World Bank to fund future coal projects – but she made it clear it would only be in the most isolated circumstances. “We have no coal in our pipeline apart from one particularly extreme circumstance,” she said.