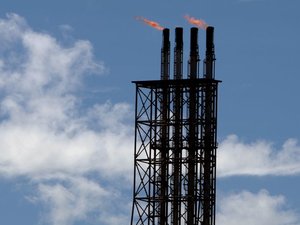 An explosion at a state-run oil field in southern Iran killed a worker and injured three others on Friday, while a refinery in central Iran was hit by a fire, the Mehr news agency reported.

It said a rig at the Bibi Hakimieh oil field in the southern province of Bushehr was rocked by a blast when a huge amount of gas was released during drilling.

The explosion killed one employee of the National Iranian Drilling Company, the report said, while three others were injured.

Mehr said Shazand oil refinery in central Iran was hit by a blast and a fire, but gave no further details.