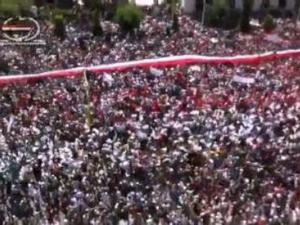 Lithuania said Friday that it had barred Syrian planes from crossing its airspace on their way to Russia's Kaliningrad territory amid concerns that they could transport military cargo.

A Lithuanian defense ministry spokesperson told Agence France Presse that it acted in line with European Union sanctions, which were imposed in May due to a crackdown by the regime of Syrian President Bashar al-Assad.

"In July-September a Syrian-registered private flight company asked several times for permission to cross the airspace of the Republic of Lithuania with IL-76 transport aircraft flying to and from the Kaliningrad district," the spokesperson said.

Kaliningrad is an enclave of Russian territory sandwiched between the Baltic Sea and EU members Lithuania and Poland, and is home to major military bases.

"In the light of EU sanctions imposed on Syria in May, and having information that military cargo could be transported in the aircraft, the relevant Lithuanian institutions banned the aircraft from flying in Lithuanian airspace," the spokesperson explained.

Since mid-March, Syria has been rocked by unprecedented freedom protests inspired by the Arab Spring, which has already claimed the regimes in Tunisia, Egypt and Libya.

The United Nations estimates that more than 3,000 people have been killed, mostly civilians, amid Syria's crackdown on dissent.