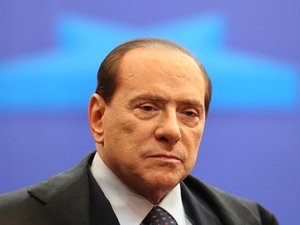 Italy saw its borrowing costs rise to a euro-era high on Friday in a sale of euro7.9 billion ($11.09 billion) in government debt, a sign that investors remain nervous about the country's prospects despite a grand European plan to fight the debt crisis.

The interest rate demanded by investors to lend the Italian government 10-year money topped 6 percent in Friday's auction, the highest level since the launch of the euro, and surpassing the 5.86 percent paid in a similar debt auction a month ago. Demand exceeded the amount on offer 1.27 times, a relatively weak outcome.

The auction was the first test of investor confidence in Italy since European leaders agreed to boost an emergency bailout fund, get banks to take a loss on their Greek debt holdings and recapitalize European banks. Premier Silvio Berlusconi delivered a letter of intent with measures aimed at promoting growth in Italy, necessary to help cut the country's public debt, at 120 percent of GDP the second-highest in the eurozone.

Despite those measures, which seek to keep Italy from having to ask for a bailout, investors remained wary of buying the country's debt.

Disappointment at the results of the auction caused Italian bond prices to fall, sending the 10-year bond yield on the secondary market up to 5.95 percent.

Italy has seen its borrowing costs rise under pressure from Europe's sovereign debt crisis. The European Central bank for weeks has been buying Italian bonds to keep rates at manageable levels.

The treasury auctioned off various other maturities of bonds on Friday, including euro3.08 billion in three-year bonds at a rate of 4.93 percent, up from last month's 4.68 percent.

The overall sale came up short of the euro8.5 million the government sought to raise.