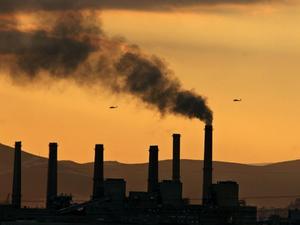 The Dutch government said Tuesday it would appeal a landmark court ruling ordering it to slash greenhouse gases across the country by 25 percent by 2020.

The June judgment had been hailed as a "milestone" by climate experts after 900 Dutch citizens went to court in a bid to force a national reduction of emissions blamed for global warming.

But Dutch leaders fear the court decision could have wider implications for how they implement policies.

"Given the consequences for our climate policy and that we cannot rule out ... consequences in other areas, it is preferable for the appeals court to examine this judgment," Environment Minister Wilma Mansveld said in a letter to parliament.

"The government is seeking to determine how much control judges can have over the future policies of the state."

She said however measures were already being put into place to cut emissions in line with the ruling.

Environmental rights group Urgenda, which brought the case in April, had said it wanted The Hague to reduce greenhouse gas emissions by 40 percent over 1990 levels by 2020.

Current Dutch policy is to reduce emissions by 17 percent by 2020, against the 25-40 percent international norm for industrialized nations, the court said.

And the court found in favor of the rights group exhorting the government to do more.

Mansveld said the appeal would be lodged by September 24 at the latest.

In a swift reaction, environmental group Greenpeace said an appeal would be a "backward step", adding that Holland could not support calls for other nations to cut greenhouse gases if it were not prepared to act itself.

The Dutch decision comes as some 195 nations are due to gather in Paris in three months to thrash out a new accord to drastically cut greenhouse gases.

Due to take effect in 2020, it will be the first agreement to commit all nations to reducing planet-harming emissions in pursuit of the U.N. goal to limit average global warming to two degrees Celsius (3.6 degrees Fahrenheit) over pre-Industrial Revolution levels.

But nations differ on how to divvy out responsibility for carbon cuts between rich nations -- which have polluted for much longer -- and developing countries, which need to power fast-growing populations and economies.

Developing nations are also insisting that rich countries show how they intend to meet a pledge made at the Copenhagen climate conference in 2009, which failed to produce a pact, of $100 billion (89 billion euros) in climate finance per year from 2020.