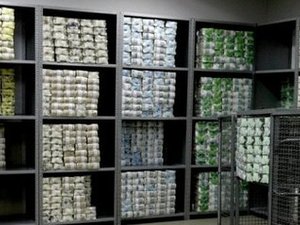 Lebanon's economy is feeling the strain of a seven-month uprising against Syria's Bashar al-Assad, as the increasingly violent revolt takes its toll on tourism, trade and capital inflows.

"The Arab Spring has not been remotely beneficial to the Lebanese economy. In fact, it's deprived us of two crucial markets -- Syria and Egypt -- at a time when all our drivers of growth over the past five years are on the decline," said Beirut-based economist Sami Nader.

After years of overall economic expansion and record prosperity in the vital tourism sector, the International Monetary Fund (IMF) recently revised downward its forecast for growth in Lebanon to 1.5 percent in 2011 from 7.5 percent between 2007 and 2010, citing political uncertainty and the unrest in Syria.

The Economist Intelligence Unit meanwhile reported indicators for banking, construction, and tourism -- which alone accounts for 25 percent of employment in Lebanon and 20 percent of the country's annual income -- weakened significantly in the first half of 2011.

The histories -- and economies -- of Lebanon and Syria for decades have been intertwined, with Damascus taking advantage of Beirut's modern banking system and the latter capitalizing on its neighbor's cheap labor.

But today, ongoing unrest in Syria has raised the risk of capital flight from Lebanon, as expatriates and potential investors play it safe fearing the violence threatening the regime in Damascus could spill over to Beirut.

"Inflow will begin to suffer soon if Lebanon does not take measures to protect the economy, including stimulating growth and exports," said Nader.

"In light of what is going on in the region, the government must have a cohesive and clear vision on how to boost the economy and counter lack of growth."

While Lebanon's foreign reserves stand at $31 billion (21.8 billion euros), the country staggers under a public debt of more than $53 billion, equivalent to around 135 percent of GDP -- among the highest debt-to-GDP ratios globally.

Inflation in 2011 is also forecast to rise to some 5.2 percent as international commodity prices increase sharply, particularly for oil and food.

And as trade with Damascus declines, the economic future looks far from rosy in Lebanon, which depends on Syria as a destination or transit route for a large portion of its trade.

"Our clients in Syria are not buying because they just can't afford to lose liquidity," said one Lebanese trader of fast moving consumer goods who depends on customers in Damascus for at least half of his sales.

"Even after Syria lifted its ban on foreign goods, clients have frozen their business with us as they're not sure what's going to happen," said the businessman who did not want to be named.

Months after it was hit by sanctions by the European Union and United States, Syria in September announced the temporary suspension on imports of products subject to tariffs of more than five percent, excluding only basic supplies that are not manufactured locally. The ban was later revoked.

Exports from Lebanon topped $2 billion in the first two quarters of 2011, according to the Economist Intelligence Unit's Lebanon country report. Syria is still listed as one of Lebanon's top markets abroad.

But with the revolt against Assad showing no signs of dying down, the business community is on edge fearing the loss of a once-lucrative market which has long favored processed foods and luxury items imported from Lebanon.

"Freight coming to Beirut is by and large resold to other destinations, and Syria was a top customer," said Marwan Chebli, general manager of Antarsped, a shipping company with branches in Lebanon and Syria.

Chebli said business in Syria has dropped by nearly half since the start of the year, while air, land and sea shipping from Lebanon has declined 13 percent since August.

"Even banking is affected," he told AFP. "We are unable to even transfer money to our office in Damascus."

this is bulls... ask wahhab the hezb or aoun, they say that nothing is going on in syria and that bachar is stronger than ever!!!

so saying that the syrian revolt affects lebanon can t be true as no revolt is going on in syria according to our M8 guys!!