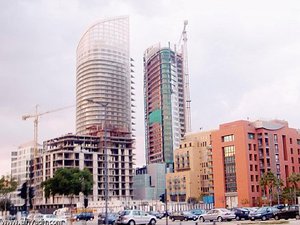 The head of the Saudi-Lebanese Business Council Abdul Mohsen al-Hukair has unveiled that Saudi investments in Lebanon reached 5.33 billion dollars mostly in the real estate sector.

The Saudi al-Riyadh daily quoted al-Hukair as saying that the investments are likely to increase.

“Saudi investments in Lebanon and Lebanese investments in the kingdom are continuously growing,” he said, praising the laws and systems that have stimulated the flow of investments.

The Saudis believe that Lebanon is a top tourism destination all year long, al-Hukair said during a ceremony held in his honor in Beirut.

The Saudi-Lebanese Council and its Lebanese counterpart are working on consolidating trade between the two countries and expanding economic cooperation between Saudi and Lebanese investors, he said.

And Iran gives us weapons to reduce our south into a parking lot . Go figure