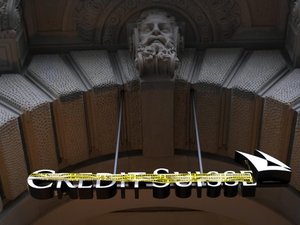 When contacted by Agence France Presse, a spokesman from the bank declined to comment on the report. He said however that the chief executive of the bank Brady Dougan would hold a press conference on Tuesday.

Tages Anzeiger said that most of the jobs to be lost would be in investment banking.

The bank had already announced 2,000 job cuts or 4.0 percent of the group's total headcount when posting its second quarter profit which plunged 52 percent from a year ago owing to what it termed a "disappointing performance" by its investment banking unit.