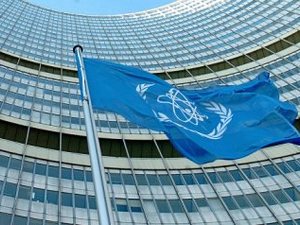 The head of the U.N. nuclear watchdog will travel to Iran on Saturday for talks on Tehran's nuclear program with senior officials, the IAEA said in a statement.

The discussions between International Atomic Energy Agency chief Yukiya Amano and the "high-level" officials will take place on Sunday, it said, as a December deadline looms for completion of a long-running investigation into Iran's past nuclear activities.

"The visit will focus on... clarification of past and present outstanding issues regarding Iran’s nuclear program," it said.

The U.N. atomic watchdog on September 9 said Iran must resolve some "ambiguities" over its past nuclear activities before crippling international sanctions can be lifted.

The IAEA wants to probe allegations that at least until 2003, Iran's nuclear program had "possible military dimensions" -- in other words that it conducted research into making a nuclear weapon.

Iran has said that the allegations that it sought to build a bomb -- including that it conducted relevant explosives tests at the Parchin military base -- are groundless and based on faulty intelligence provided by its enemies to a gullible and partial IAEA.

Under the July 14 agreement aimed at ending a 13-year standoff, Iran will dramatically reduce in scale its nuclear activities in order to make any dash to produce atomic weapons all but impossible.

It signed an agreement with the IAEA on the same day that it signed the nuclear deal with the six world powers setting out a roadmap for wrapping up the investigation by December 15.