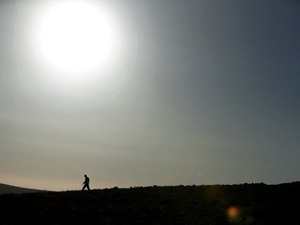 More than 150,000 trained and equipped fighters in pro-government groups, including Hizbullah, have become an indispensable brace for a Syrian army beleaguered by well over four years of intractable conflict.

"There are more than 25 main militias of different sizes that fight alongside the Syrian army" and number between 150,000 and 200,000 men, a security source told Agence France Presse.

The most prominent is the National Defense Forces (NDF), established in 2012 after the army suffered a string of defeats in the provinces of Damascus, Homs and Aleppo.

Under the command of Brigadier General Hawash Mohammed, the NDF has deployed some 90,000 fighters from various sectarian backgrounds throughout Syria.

"We didn't have a choice: fight or die," Hamdoush told AFP.

"I lost my job. I didn't have any means of surviving other than taking up arms," he said.

Militiamen receive a monthly salary of $100 to $300, compared with army conscripts who receive about $10 a month.

"This is what has pushed so many to leave the army and to join the NDF," said lawyer Alaa Ibrahim.

Young Syrian men also choose the NDF because they are deployed near their hometowns, instead of serving for months in faraway provinces in the mainstream forces.

Joining the NDF also grants them more power in their hometowns.

"This is why the army has forbidden its soldiers to become members of these groups and has said that fighting in the militias does not exempt them from mandatory military service," Ibrahim told AFP.

Experts say Syria's army has been roughly halved from its pre-war size of 300,000 by deaths, defections and increased draft dodging.

In a recent interview, Assad highlighted the importance of "volunteer" fighters, without whom "the army would not have been able to hold on for four and a half years of such a difficult war".

Some militias are run by political parties, with the ruling Baath Party commanding some 10,000 men.

Others are organized along tribal or sectarian lines: Alawites defend their heartland along the coast, Druze fight in the southern province of Sweida and Christians battle in the northeast.

The army has also received substantial support from thousands of fighters sent by Iran, Iraq, Afghanistan and Lebanon -- notably Hizbullah.

"The presence of these parallel groups does not mean that the Syrian army has collapsed, but that the burden has become so heavy that it needs support forces at its side," said one high-ranking official close to Syria's Bureau of National Security.

The security source said the militias receive orders from a single "central leadership, in coordination with the Bureau of National Security which is in direct contact with the presidency".

Militias play a central role on key front lines, including at Zabadani, the last rebel stronghold along the border with Lebanon, as well as south of Damascus and in Latakia.

In the Shiite district of Al-Amin in central Damascus, the pictures of six young men killed in Aleppo are posted on walls.

Although most militiamen were trained by the army, others have received training from Hizbullah and Iranian forces.

"The militias fight alongside the army and follow its orders, while being independent administratively, organizationally and in their training," the high-ranking official said.

"Their members are assigned to specific locations and they receive a bonus if they accept missions that are difficult or far away from home, which isn't the case for the soldiers."

Syria's military courts do not have jurisdiction over the militias, which are not subject to sanctions if they commit abuses, lawyer Ibrahim said.

The rivalry between the army and militias is palpable.

Fadi, a 24-year-old soldier who has been fighting since 2011, said: "The armed groups claim to support the military, but in fact they often ruin our victories and hurt our reputation."

"We know very well that they only fight in certain areas," he said, criticizing the groups for showing off their weapons in public spaces "where there are no battles or fronts".

These Syrian groups and militias are NOT Baathists or are loyal to the Assad's regime. They were formed after Takfiri and FSA terrorists attacked their areas and massacred their people. Also, they do NOT want to be ruled under a strict Sunni Islamist rule.

Assad and his allies represent ALL SECTS of the Syrian society. The Takfiri and the "FSA" (if they still exist) represent ONLY one sect (what a liar you are).

"Others are organized along tribal or sectarian lines: Alawites defend their heartland along the coast, Druze fight in the southern province of Sweida and Christians battle in the northeast."...That is because the Takfiris consider them "infidels" and more importantly have massacred them!

150K to 200K men including Hezbollah fighting alongside the regime and they cannot make a real stand against the Takfiris? Well, so much for that much flaunted invincibility propaganda referred to Hezbollah, at best sheer paper tigers.