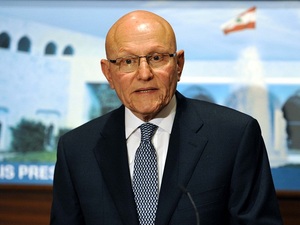 Prime Minister Tammam Salam disclosed on Monday that he supports the demands of the civil society, slamming accusations that the demonstrations are orchestrated from abroad.

“The demands of the civil society are righteous, I am probably somewhere in support of their demands and I'm not with the political forces in this matter,” Salam told the pan-Arab al-Hayat daily.

“I have never made any negative or angry positions on their mobilizations because I believe that their demands are legal,” he added.

Moreover, the Premier called on the leaders of the civil society to open up for dialogue with him and with the government to reach consensual solutions, stressing at the same time that the anger which drives the civil demonstrations is “just.”

On accusations claiming that the protests are orchestrated by forces from abroad, Salam said: “These are accusations used by feeble ones,” warning that some parties are trying to exploit the demos in their favor.

A waste management crisis that started in July when the Naameh landfill was closed triggered a series of demonstrations that fanned all over the country.

What started as demands to find an alternative for the landfill that receives wastes of Mount Lebanon and Beirut, spiraled to include anger over the government's dysfunction and paralysis to tackle the country's pressing demands, including water, electricity and others.

Mr Salam : you are a good man.

demands include his resignation, is he going to submit it or he is just going to try to sweet talk his way out of it?

you were at the protest where? in brussels? because the ones in lebanon did not ask for anyone's arrest.

as for aoun and nasrallah's resignations: lol. you do realize they are not in any official position don't you?