Qantas Gets Back to Normal as Fallout Ramps Up 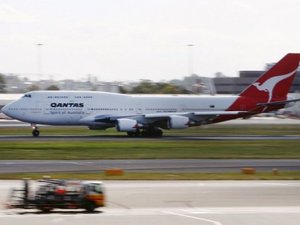 Qantas services began returning to normal Tuesday after days of chaos, as the airline began the task of winning back the hearts and minds of passengers and a furious government.

In a statement on its website, the carrier said domestic routes were scheduled as usual with all international flights returning to business by late in the day.

"All passenger backlogs will be cleared by this afternoon," a spokesman said.

It only ended when the government's industrial tribunal ordered early Monday an end to the grounding and to months of strikes by baggage handlers, engineers and pilots.

Fair Work Australia gave the airline and unions 21 days to settle their dispute over wages and conditions or undergo forced arbitration that would see a decision imposed on both sides.

The government has accused the airline of "extremist behavior" for grounding its fleet when it had other options and Prime Minister Julia Gillard made clear she was still furious Tuesday.

"I do not believe that this extreme action should have been taken," she said.

"Qantas on Friday was talking about continuing to negotiate this dispute.”On Saturday it made the decision to strand tens of thousands of passengers around Australia and around the world.

"It needs to take some responsibility publicly for that decision."

Joyce has said his actions in dealing with unions had widespread support in the Australian business community but Assistant Treasurer Bill Shorten said he did not believe this.

"I don't think every company in Australia is happy with what happened," he said, but added: "I don't believe that what we've seen Qantas do will be a major precedent for some sort of new wave of radical employer militancy."

Qantas now has the huge task of winning back the trust of passengers and rebuilding its brand with the airline expected to launch a multi-million dollar public relations and marketing campaign to limit the fallout.

Joyce on Monday said he considered the Qantas brand "amazingly resilient" and played down concerns that the iconic 90-year-old flag carrier had been irreparably damaged.

"We are deeply sorry for the inconvenience and stress our customers have faced over the past days and months," said a statement on the Qantas website Tuesday as the company set about its difficult task.

"Industrial action is now over, you can again book Qantas flights with confidence."