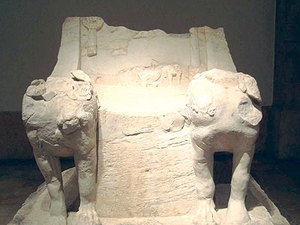 The U.S. Embassy in Beirut is now accepting project proposals for the 2012 U.S. Ambassadors Fund for Cultural Preservation (AFCP) competition, it announced in a statement on Tuesday.

Through the AFCP, the U.S. Department of State helps countries around the globe preserve historic sites, manuscripts, museum collections, and traditional forms of expression such as music, dance, and language, it explained.

The AFCP, established by the U.S. Congress in 2001 to assist countries in preserving their cultural heritage, is the only U.S. Government program providing direct small grant support to heritage preservation.

The fund emphasizes the United States’ commitment to preserving the world’s cultural heritage and affirms that preservation is an integral component of U.S. foreign relations, it added.

It supports projects to preserve cultural heritage in the following three categories:

- Cultural sites - includes (but is not limited to) historic buildings and archaeological sites;

AFCP gives priority to project activities that are appropriate and in keeping with international standards for the preservation of cultural heritage.

The AFCP does not fund efforts to preserve private property.

Proposals should be emailed to Beirutpd@state.gov and must be received by December 15, 2011.

Incomplete or late proposals will not be considered.