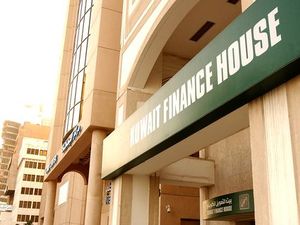 KFH's third quarter net profit fell 4.5 percent from the same period a year ago to $92.1 million, the bank said in a statement posted on the Kuwait Stock Exchange website.

Kuwaiti banks so far this year have yielded lower profits than in 2010, mainly due to precautionary provisions taken against suspicious loans.

KFH profits dropped 10.7 percent in 2010, the third consecutive year the bank reported lower profits due to the impact of the global financial crisis.