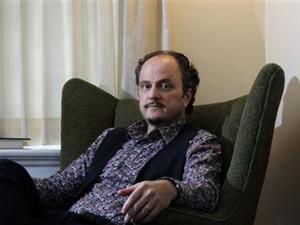 A biology professor has won France's top literary prize for his first novel, which deals with France's colonial wars in Algeria and Southeast Asia.

As is tradition, the Prix Goncourt was announced at the Drouant restaurant in Paris. It comes with a €10 ($13) purse, but guarantees acclaim and significant sales for the winning author. Past recipients include Marcel Proust, Simone de Beauvoir and Marguerite Duras.

Last year, Michel Houellebecq, a best-selling French author who has fanned controversy with his writings and comments on women and Islam, won for his work, "La Carte et Le Territoire" — "The Map and The Territory."