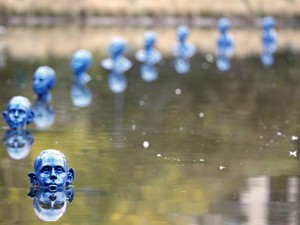 At least 80 world leaders, including Barack Obama, Xi Jinping, David Cameron and Narendra Modi, will attend a summit tasked with agreeing a global climate pact in Paris in December.

Diplomats endorsed the outlines of the proposed deal in Bonn on Friday after five days of fraught negotiation that highlighted just how much work remains to be done in Paris.

The aim is to unite all the world’s nations in a single agreement on tackling climate change, with the goal of capping warming at 2C over pre-Industrial Revolution levels.

For the opening day on 30 November, “we have already received 80 confirmations, including from the presidents of the United States and China, and the Indian prime minister,” French foreign minister, Laurent Fabius, told journalists in Paris on Tuesday.

The leaders of Germany, South Africa, Brazil and Canada have also accepted, he said.

The last attempt at sealing a global climate pact, in 2009, saw about 110 world leaders descend on a UN summit in Copenhagen for the two final days, only to leave frustrated when the negotiations collapsed.

“Together with president Francois Hollande, we decided to invite heads of state to attend the first day and not the end as in Copenhagen,” said Fabius.

This had been partly to blame for the failure, he said, “as the negotiators were waiting for heads of state to negotiate, and the heads of state failed to resolve anything.”

This time, “the idea is to provide a political impetus at the beginning” of the conference - which will see the leaders take turn to make statements.

The French government has undertaken a global diplomatic effort to prepare the ground for the crucial talks and ensure they are a success.

The Bonn round of talks last week signed off on a much-expanded, 55-page draft for the deal. While negotiators were satisfied it reflected everyone’s views, they admitted it was unwieldy.

The document will be given to ministers and heads of state for the difficult political compromises needed to unlock an ambitious, universal climate agreement.

“In Bonn there were detailed discussions, and we now have a base of negotiations for Paris,” said Fabius.

The next step is a meeting of ministers from some 100 nations in Paris from 8-10 November.

“It will be an important occasion,” said Fabius, to “advance along the road to compromise.”

The right to alter text is reserved for bureaucrats at official negotiating sessions, which this will not be, but it is hoped the ministers will be able to start bartering on the key sticking points - and divisions run deep.

Developing countries insist rich nations should lead the way in slashing climate-altering greenhouse gas emissions, arguing they started polluting earlier, and should bear a heavier duty for fixing the problem.

They also want assurances of financing to help decarbonise their economies and shore up defences against climate-induced impacts - superstorms, drought, flood and sea-level rise.

But industrialised nations balk at being saddled with a higher burden of responsibility.

They point the finger at rising carbon emissions from emerging giants such as China and India as they burn coal to power expanding populations and economies.

The much-anticipated final deal would be the first to include all the world’s nations into a single arena for climate action.

The pact will be supported by a roster of national pledges for curbing greenhouse gases, but over 150 commitments submitted to date still put Earth on track for warming of 3C, scientists say.