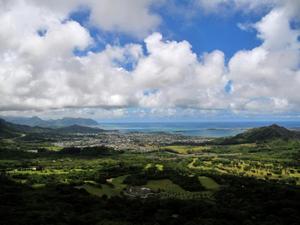 By the end of this century, a warming climate may wipe out available habitat for some of Hawaii's rarest birds, researchers warned on Wednesday.

The future is particularly dire for certain species living in high elevations, said the study, published in the open-access journal PLOS ONE.

The yellow honeycreeper known as 'Akeke'e, the gray Akikiki bird and a rare songbird known as Puaiohi could lose all of their current range, said the study.

Three others, including the Maui parrotbill, the tiny orange honeycreeper known as 'Akepa and the crested honeycreeper 'Akohekohe, could lose around 90 percent of their range.

"As dire as these findings are, they do not mean that these bird species are doomed," said the study's lead author Lucas Fortini, a research ecologist with the US Geological Survey.

"Instead, our findings indicate what may happen if nothing is done to address the primary drivers of decline: disease spreading uphill into the few remaining refuges."

Researchers say the most vulnerable birds have been able to survive in Hawaii's higher elevation forests, where cooler temperatures tend to keep away mosquitos that carry diseases, like avian malaria.

In the future, conservation efforts must include interrupting "the cycle of malaria transmission and mortality" over the long-term, the study said.

"Such actions could include vector control and genetic modification of both birds and mosquitos."