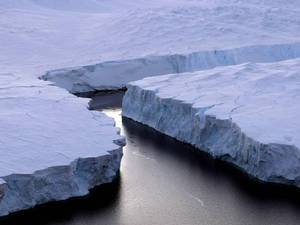 Concentrations of carbon dioxide and other greenhouse gases in the atmosphere hit a new high in 2014, the UN said Monday, warning the resulting climate change was moving the world into "unchartered territory".

"We are moving into unchartered territory at a frightening speed," WMO chief Michel Jarraud said in a statement.

The report came as country envoys Monday gathered in Paris to iron out tough political questions ahead of a key summit tasked with sealing a climate rescue pact.

"Every year we report a new record in greenhouse gas concentrations," Jarraud said.

"Every year we say that the time is running out. We have to act now to slash greenhouse gas emissions if we are to have a chance to keep the increase in temperatures to manageable levels," he warned.

- Physics laws 'non-negotiable' -Jarraud said that CO2, by far the main culprit in global warming, can remain in the atmosphere for hundreds of years and in the ocean even longer.

"Past, present and future emissions will have a cumulative impact on both global warming and ocean acidification," he said, stressing "the laws of physics are non-negotiable."

WMO's report, which does not measure emissions of greenhouse gases but rather their concentrations in the atmosphere, showed that CO2 had risen to 397.7 parts per million (ppm) in the atmosphere last year.

That was 143 percent of levels prior to the year 1750, WMO said, adding that CO2 concentrations would likely pass the ominous 400-ppm threshold in 2016.

"We will soon be living with globally averaged CO2 levels above 400 parts per million as a permanent reality," Jarraud said.

Oceans swallow about a quarter of greenhouse gas emissions, while the biosphere sucks up another quarter.

- Water vapour threat -The rising CO2 concentrations are especially worrying, WMO said, since the gas in turn hikes levels of water vapour -- itself a powerful, albeit short-lived, greenhouse gas.

This is because warmer air holds more moisture, the UN agency said, cautioning that "further increases in CO2 concentrations will lead to disproportionately high increases in thermal energy and warming from water vapour."

If CO2 concentrations were to double from their pre-industrial level of 280 ppm to 560 ppm, water vapour and clouds globally would hike global warming at three times the rate of so-called long-lived greenhouse gases, WMO said.

With 60 percent of methane emissions attributed to human activities like cattle farming and landfills, hikes in such emissions have boosted concentrations of the gas in the atmosphere to 254 percent of pre-1750 levels, WMO said.

Nitrous Oxide, whose impact on the climate is nearly 300 times greater than CO2 and which also destroys the ozone layer that protects from harmful ultraviolet rays, had an atmospheric concentration of 327.1 parts per billion last year, or 121 percent of pre-industrial levels, WMO said.