A Disappointing but Long-Awaited Decision on the Keystone XL Pipeline 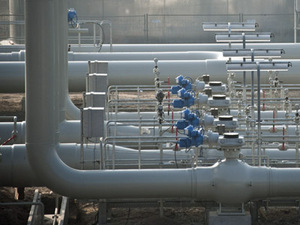 At least it’s over.

President Obama rejected the Keystone XL oil pipeline on Friday, ending an unseemly political dispute marked by activist hysteria, GOP hyperbole, presidential weakness and a general incapability of various sides to see the policy question for what it was: a mundane infrastructure approval that didn’t pose a high threat to the environment but also didn’t promise much economic development. The politicization of this regulatory decision, and the consequent warping of the issue to the point that it was described in existential terms, was a national embarrassment, reflecting poorly on the United States’ capability to treat parties equitably under law and regulation.

Though environmentalists hailed Mr. Obama on Friday, the president essentially admitted most of these points in his announcement. “For years, the Keystone pipeline has occupied what I frankly consider an overinflated role in our political discourse,” he said. “All of this obscured the fact that this pipeline would neither be a silver bullet for the economy, as was promised by some, nor the express lane to climate disaster proclaimed by others.”

So why reject it? “The reality is that this decision could not be made solely on the numbers — jobs that would be created, dirty fuel that would be transported here, or carbon pollution that would ultimately be unleashed,” Secretary of State John F. Kerry said, as though a principled regulatory decision could be made on anything other than relevant hard evidence. Mr. Obama and members of his administration argued that rejecting Keystone XL would show that the United States was serious about fighting climate change in advance of an international conference on the topic in Paris later this month.

Yet world governments are smart enough to recognize what many activists apparently have not: The Keystone XL fight hardly matters in the grand scheme of the global climate. Perceptions of U.S. climate leadership depend on Environmental Protection Agency rules to reduce emissions from U.S. power plants and cars, not on a domestic political psychodrama.

Some smart environmentalists have excused jettisoning substance and siding with the anti-Keystone XL crowd by emphasizing the symbolic importance of the pipeline. Cultivating enthusiasm with a victory on Keystone XL might lead to meaningful progress in other areas of climate policy, the thinking goes. Not only does this view infantilize environmentalists, its illogic could justify all sorts of irrational, arbitrary decision-making.

There is much to be done, at home and abroad, on climate change. The EPA has made a strong start, but it is only a start. If Congress ever bothered to help with legislation, the EPA approach could be made more comprehensive and less costly. Negotiators in Paris, meanwhile, must strike a deal that holds countries accountable for the emissions commitments they make and creates a process that requires countries to meet regularly to enhance their emissions pledges.

This is the stuff of climate policy, not killing a pipeline in order to satisfy emotional needs. Now that the Keystone XL affair is over, we hope the nation spends more energy on what matters.