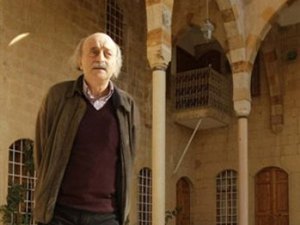 Progressive Socialist Party leader MP Walid Jumblat traveled to Egypt on Tuesday on a visit that extends to the end of the current week, reported al-Joumhouria newspaper on Wednesday.

It said that the trip does not have a political agenda.

PSP sources told the daily: “Consultations with the Egyptian leadership are always open and they are aimed at keeping touch with the Arab world and finding out what is being planned for us in light of the Syrian and Yemeni conflicts.”

Jumblat had hoped ahead of his departure from Beirut that the new year would witness the election of a president, which would restore normalcy at state institutions.

may you never return you weak sick coward