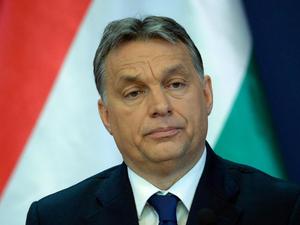 "Hungary would never support sanctions against Poland," Orban said in his weekly interview on public radio.

"I call for more respect for the Poles because this is what they deserve," he said.

Since returning to power in October, Poland's Law and Justice (PiS) party has taken several controversial step which critics have denounced as undermining the independence of both the media and the judiciary.

The reforms are seen as emulating those of Orban, who has regularly been accused of undermining key democratic checks and balances since 2010, and who has also had a testy relationship with Brussels.

On January 13, the European Commission is to debate the state of the rule of law in Poland -- a move that could lead to a potentially punitive process aimed at buttressing democracy and human rights.

On Wednesday PiS leader Jaroslaw Kaczynski met Orban in Poland for a tete-a-tete that Polish media speculated was aimed at getting pointers from the Hungarian premier on how to deal with EU criticism.