Rise in Number of Suspected Jihadists Blocked from Leaving Australia 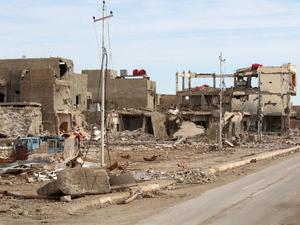 The rate at which suspected jihadists are being blocked from departing Australia has doubled in the past year, a report said Sunday, amid a government crackdown of its nationals traveling to Iraq or Syria to fight.

There were 312 people pulled off planes in the seven months to the end of January, compared to 336 in the almost 12-month period before that, Sydney's Sun-Herald newspaper reported.

The immigration department confirmed the figures to AFP but it was not clear how many of the suspected jihadists stopped from leaving the island continent were actually heading to the Middle East to fight, and some were eventually allowed to resume their journey.

"In some cases, a person who was 'offloaded' may be allowed to continue with their travel plans if they are no longer considered a risk," an immigration spokesman added in a statement.

Canberra has been increasingly concerned about its citizens fighting with jihadist organizations such as Islamic State in Iraq and Syria, saying some 120 Australians had left the country to join such groups.

Another 160 are actively supporting extremist organizations at home through financing and recruitment, the government has said.

Under sweeping counter-terrorism measures aimed at blocking jihadists from going overseas, Australia introduced laws in late 2014 that would see anyone who heads to nominated areas face up to 10 years' jail.

Iraq's second city Mosul and the IS stronghold of Raqqa in Syria have so far been added to the nominated areas list.