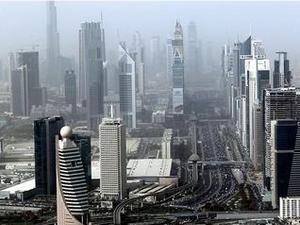 A Jordanian journalist has been detained for nearly two months in the United Arab Emirates without access to his family or a lawyer, Human Rights Watch said on Friday.

The watchdog said Tayseer al-Najjar, 42, was arrested late last year in Abu Dhabi while attempting to board a flight home, and has not been heard from since he appeared in court on December 13.

"We don't know why Najjar is missing but we know that he was last seen in police headquarters of a country with zero tolerance for free speech."

The New York-based rights group said Najjar's case was one of nine enforced disappearances in the energy-flush Gulf state in recent years, calling on the UAE to clarify where the journalist is being held and to provide access to a lawyer.

"UAE authorities have curtailed the access of international rights groups, journalists, and academics to the country, deported bloggers and proponents of media freedom, and imprisoned people who have provided information to non-governmental organizations," HRW said.

It has in the past called for an investigation into allegations of torture of prisoners held in the UAE.

Najjar's wife said he had been a journalist for 15 years and recently took the position of culture reporter for a new UAE-based weekly newspaper, Al-Dar.

Jordanian media have reported that Najjar is in detention but has not been harmed.

HRW nevertheless declared itself "extremely concerned about his physical and mental wellbeing".