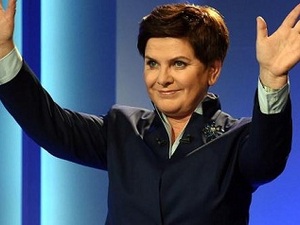 Poland's Prime Minister Beata Szydło said Friday a proposed deal to keep Britain in the European Union was "mostly acceptable" to Warsaw but stressed that Polish workers in the UK should not lose out.

The proposals are "mostly acceptable," she said, after talks with German Chancellor Angela Merkel, but she added that "what is particularly important for us is that... everything must be done to ensure that Poles who are working in Britain are also respected and given guarantees."

Merkel added that both leaders agreed that "we will do all we can to keep Britain in the EU while respecting fundamental principles of the EU like free movement of people."

Over a million Poles live and work in Britain, and Warsaw had said it would not accept any plan that discriminates against their citizens in the UK.

But following a draft agreement unveiled early this month by EU president Donald Tusk -- a former Polish premier -- Warsaw has signalled that it was largely on board.

The proposals include a four-year "emergency brake" limiting welfare payments to migrants, as well as a "red card" system for national parliaments to overrule draft EU laws.

British Prime Minister David Cameron wants a reform deal at the February 18-19 summit before holding a referendum over the UK's membership in the EU, probably in June.

He is due to deliver a speech later Friday at the northern German port city of Hamburg, where Merkel is also scheduled to speak.