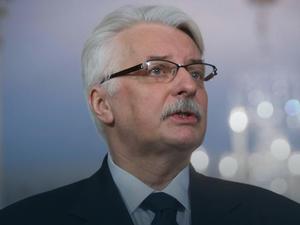 Poland on Thursday discounted as "political" a draft report by European legal experts warning that reforms by the right-wing government put democracy, human rights and the rule of law at risk.

Last month the Venice Commission, a body of the Council of Europe, submitted a draft report to the Law and Justice (PiS) government finding Poland is in "constitutional crisis" after the populist administration's legislative reforms paralyzed the EU member's constitutional court.

The commission is due to publish its official report by Saturday.

Polish Foreign Minister Witold Waszczykowski on Thursday told public broadcaster Polish Radio that "we see it (Venice Commission report) not as a ruling, but as a political position."

"We'll dispute this opinion," he added.

Although the Council of Europe's findings are not binding, the European Union is likely to review them as part of its own unprecedented probe into the rule of law in Poland.

He insisted the reforms to the top court were a "matter of national sovereignty" and that government would not back down.

On Wednesday the PiS government refused to recognize a ruling by the constitutional court itself striking down reforms to its panel of judges.

The move appears to have set Poland on a collision course with the European Union, whose probe launched in January into the PiS reforms could trigger punitive measures.

Waszczykowski on Thursday likened the top court's Chief Justice Andrzej Rzeplinski, a respected jurist who handed down Wednesday's ruling, to an Iranian ayatollah or religious cleric.

"I was ambassador to Iran. Mr. Rzeplinski reminds me more and more of an Iranian ayatollah," Waszczykowski told Polish Radio.

Some have dubbed the PiS's determination to stick to its reforms a heavy blow to democracy in the ex-communist EU and NATO member of 38 million people.

"If the government doesn't abide by the constitutional court's ruling soon, we're dealing with the biggest crisis in the history of Republic and a constitutional coup d'etat," said Ryszard Petru, leader of the liberal 'Modern' opposition party.

"PiS has fundamentally violated the constitution, its contempt for the separation of powers defacto allows me to say... that democracy has stopped functioning in Poland," Professor Radoslaw Markowski, a political scientist and member of Poland's Academy of Sciences told AFP.