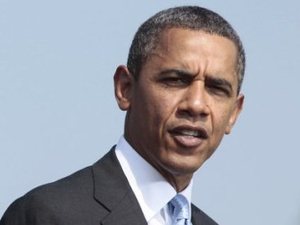 President Barack Obama said Friday he would send Hillary Clinton on the first trip to Myanmar by a U.S. secretary of state for 50 years to see if Washington can "empower" a nascent reform process.

Obama said in Indonesia that he made the decision after speaking directly for the first time with democracy icon Aung San Suu Kyi and noted "flickers of progress" from the Myanmar government but said that more needed to be done.

His announcement, ahead of an East Asia summit in Bali, was the most significant move in U.S. policy on Myanmar in many years, after several decades of using sanctions to isolate the country due to its rule of fear.

It also came as Suu Kyi's opposition National League for Democracy (NLD) was expected to announce its return to the official political arena on Friday after years of marginalization by military strongmen.

"Last night, I spoke to Aung San Suu Kyi directly and confirmed she supports American engagement to move this process forward," Obama said of his phone call with his fellow Nobel laureate from Air Force One on Thursday.

Clinton would next month "explore whether the United States can empower a positive transition in Burma," Obama said, using the country's former name.

"That possibility will depend on the Burmese government taking more concrete action.

"If Burma fails to move down the path of reform it will continue to face sanctions and isolation."

Since elections a year ago, the new nominally civilian government has surprised observers by holding direct talks with Suu Kyi, freeing 200 dissidents and freezing work on an unpopular mega-dam.

Obama said that after "years of darkness, we have seen flickers of progress in the last several weeks."

The president noted "important steps" taken by President Thein Sein, who he will encounter at Saturday's East Asia summit and the Myanmar parliament on easing media restrictions and freeing prisoners.

"Of course, there is far more to be done. We remain concerned about Burma's closed political system, its treatment of minorities, and holding of political prisoners and its relationship with North Korea," Obama warned.

"But we want to seize what could be a historic opportunity for progress making it clear that if Burma continues to travel down the road of democratic reform, it can forge a new relationship with the United States of America."