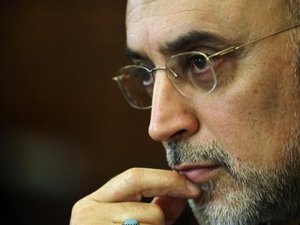 Switzerland said Friday it has tightened sanctions against Iran, adding 116 names including Foreign Minister Ali Akbar Salehi to a blacklist of key players under financial and travel embargo.

Ali Akbar Salehi is the former head of the AEOI.

In January, Bern slapped financial restrictions on the Iranian oil and gas industry, bringing sanctions in line with those imposed by some other major economies.

Measures introduced then included an extension of a ban on deliveries of dual-use goods, technology or software that can be used in weapons production, as well as on heavy weapons exports.

They also included financial restrictions, including a requirement to declare transfers of sums exceeding 10,000 francs (8,086 euros, $10,952).

The U.N. atomic watchdog's board was expected Friday to approve a resolution of "deep and increasing concern" about Iran's nuclear activities after a damning new report from the Vienna-based body.

The resolution, tabled at the International Atomic Energy Agency by the five permanent members of the U.N. Security Council and Germany, says it is "essential for Iran and the Agency to intensify their dialogue."

Last week, the IAEA came the closest yet to accusing Iran outright of seeking to develop nuclear weapons, in a report immediately rejected by the Islamic republic as "baseless."