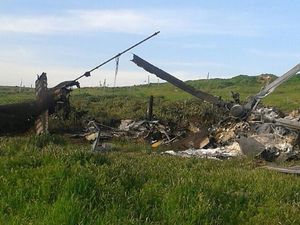 An Azerbaijani soldier was killed in Nagorny Karabakh on Thursday, the first casualty in almost a week following the worst outbreak of violence in the disputed breakaway region for decades.

The army sergeant was killed while "preventing the enemy's next provocation along the line of confrontation," Azerbaijan's defense ministry said in a statement, referring to archfoe Armenia.

At least 110 people died earlier this month in the worst violence to grip Nagorny Karabakh since the 1990s war when some 30,000 people died after Armenian-backed separatists seized control of the mountainous territory.

A Moscow-mediated truce went into effect last week but clashes have continued, with two people reported killed on Friday.

The violence sparked fears that a wider conflict in the key strategic region could drag in regional powers Russia and Turkey.