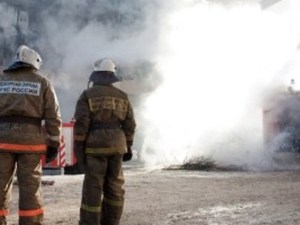 Two elderly men died and a dozen retirees were hurt, most of them through smoke inhalation, on Friday when a fire broke out in a French retirement home, officials said.

The blaze broke out in the "Les Flots" home for the elderly in La Rochefoucauld near Angouleme in the Charente region of southwest France, killing an 82-year-old and a 90-year-old, they told reporters.

State prosecutor Nicolas Jacquet said the cause of the fire had not been formally determined, but noted it had begun overnight in the ground floor bedroom of a resident known to be a heavy smoker.

In addition to the 12 hospital cases -- one of whom, a woman, was said to be in a "serious condition" -- another 67 residents have been taken into state care and will receive psychological counseling.

The center will close for refurbishment. Around a dozen rooms were damaged.

Some 70 firemen from 12 stations were deployed and several ambulances. Social services minister Roselyne Bachelot was expected to visit the scene.