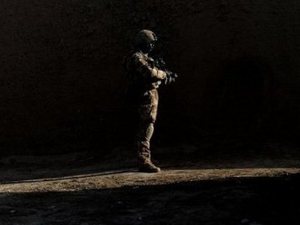 Two Afghan policemen were killed and three wounded when NATO-led forces shot them at a checkpoint, a local police chief said Saturday.

The incident happened due to a "misunderstanding" between international troops and the Afghan forces, who are jointly fighting a ten-year Taliban-led insurgency in Afghanistan, the chief added.

The shooting took place late Friday on the outskirts of the southeastern city of Ghazni when Afghan police tried to stop a convoy of foreign forces, provincial police chief Dilawar Zahid told AFP.

"Last night, a convoy of foreign forces from Kabul were heading towards Ghazni when they were stopped by Afghan police. They opened fire on the police checkpoint, killing two police and wounding three," he said.

A spokesman for the NATO-led International Security Assistance Force, Sergeant Christopher DeWitt, said they were aware of an incident and were gathering details.