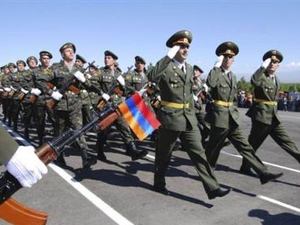 An Armenian soldier was shot dead by an Azerbaijani sniper on the frontline in the disputed region of Nagorny Karabakh on Saturday, the separatist Karabakh defense ministry said.

The conscript's death brings the reported total of soldiers killed to 20 this year amid regular exchanges of gunfire between Azerbaijani and Armenian troops along the volatile Karabakh ceasefire line.

Armenian separatists backed by Yerevan seized the disputed region from Azerbaijan in a war in the 1990s that left some 30,000 dead, and despite years of negotiations since the 1994 ceasefire, the two sides have not yet signed a final peace deal.

Azerbaijan has repeatedly threatened to use force to win back Karabakh if internationally mediated talks fail to yield satisfactory results, while Yerevan has warned of large-scale retaliation if Baku launches any military action.