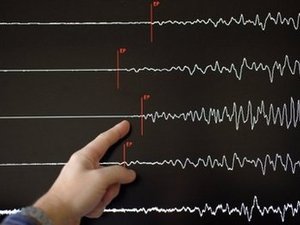 An earthquake measuring 5.1 in magnitude struck near the east coast of Japan Sunday, the U.S. Geological Survey reported.

The quake, which had a depth of six kilometers, hit close to the coast of Honshu, Japan's largest island, at 4:27 am (19:27 GMT) around 91 kilometers from Tokyo.

No tsunami alert was issued.

On March 11 a 9.0 magnitude earthquake caused a devastating tsunami which left about 22,000 people dead or missing and triggered an atomic crisis at the Fukushima Daiichi nuclear plant in the northeast of the country.