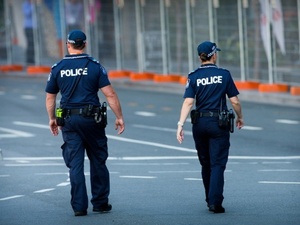 Five men with cancelled passports were Wednesday accused of planning to sail to Indonesia from Australia en route to join jihadist groups in Syria.

The men included notorious Australian Islamic preacher Musa Cerantonio, who was detained in the Philippines in 2014 and deported for reportedly urging people to join jihad in Iraq and Syria, the Australian Broadcasting Corporation said.

The men bought a seven-meter (23-foot) boat and drove it 2,840 kilometers (1,765 miles) from Melbourne north to Queensland state where they planned to set sail to Indonesia, the Australian Federal Police said.

Attorney-General George Brandis said they were arrested because they intended to "leave Australia by sea, transiting to Indonesia and, from Indonesia, seeking to reach Syria to engage in hostile acts in that country".

"The suspicion is that they were seeking to leave Australia by (the) vessel to avoid the fact that they couldn't travel by air because their passports had been cancelled," he said.

The nationalities of the men, aged between 21 and 33, was not given and they have yet to be charged.

Police did not say when they were picked up but Melbourne's Age newspaper reported they were detained on Tuesday. Brandis said they were arrested at an unspecified location north of Cairns, a gateway to the Great Barrier Reef popular with international tourists.

Canberra has been increasingly concerned about its citizens fighting with jihadist organizations such as Islamic State in Iraq and Syria, saying some 110 Australians had left the country to join such groups.

Between 50 and 59 nationals have so far been killed fighting in Iraq or Syria, Brandis said last week.

Australia has long been worried about homegrown extremism and the terror threat alert has been raised to level to high since September 2014.

It has passed a raft of national security laws, including legislation allowing for passports to be cancelled to prevent Australians from leaving the country.

At least six attacks have been foiled on Australian soil over the past 18 months, but several have taken place, including the terror-linked murder of a police employee in Sydney in October.