EU a Source of 'Crisis' for Poland, Says Foreign Minister 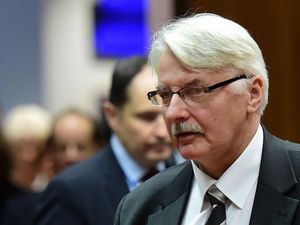 The European Union has become a source of "crisis" for Poland, its foreign minister said Thursday amid a cooling of ties between Brussels and the new rightwing government in Warsaw.

"We know today that more Europe means more crisis in Poland," Witold Waszczykowski said in a statement published on the foreign ministry website.

He slammed Germany's plans for a second pipeline, Nord Stream 2, to carry Russian gas under the Baltic Sea.

Poland has long seen the project as a threat to its energy security, which stems from its role as a transit country for Russian gas via the Yamal-Europe pipeline.

He also criticized the EU's Eastern Partnership program, designed to draw former Soviet states closer to the bloc, for having failed to stabilize countries like Poland's eastern neighbor Ukraine.

Relations between Poland and European institutions cooled in recent months after the populist-oriented Law and Justice (PiS) government pushed through several pieces of controversial legislation to overhaul the Constitutional Court and strengthen state controls over public broadcasters.

The moves have raised serious concern both at home and abroad about the health of Poland's 27-year-old democracy.

Poles themselves are overwhelmingly pro-EU, with a February survey showing that 81 percent favoured continued membership, known to the public as a source of economic growth thanks to generous subsidies from Brussels.

While experts regard the PiS as being markedly euroskeptic, party kingpin Jaroslaw Kaczynski said last week that "Poland will not leave the EU", because "EU membership is a security guarantee."

Experts at Warsaw's independent Stefan Batory Foundation said in report published Thursday that while the PiS would not lobby for a so-called "Polexit" from the EU, the party's leaders believe the days of the EU are numbered.

Polish conservatives "are thinking more about a 'Polexit' by default, resulting from the bloc's disintegration," foundation experts said.