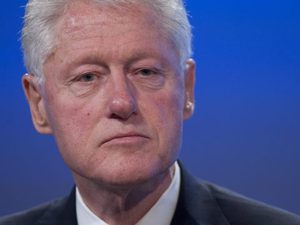 Poland and Hungary have blasted Bill Clinton over a remark by the former U.S. president accusing the ex-communist EU and NATO countries of taking an authoritarian turn and wanting "Putin-like leadership".

"Poland and Hungary, two countries that would not be free but for the United States and the long Cold War have now decided that this democracy is too much trouble," Clinton said at an election rally last week for Democratic party presidential front-runner and spouse, Hillary Clinton.

"They want Putin-like leadership; just give me an authoritarian dictatorship and keep the foreigners out. Sounds familiar?" he said, referring to Russian President Vladimir Putin in what also appeared to be a swipe against outspoken anti-immigrant Republican presumptive White House nominee Donald Trump.

Although he holds no cabinet post, the leader of the governing populist Law and Justice (PiS) party is widely regarded as the real powerbroker in the government that swept to power on an anti-migrant and populist spending platform in October elections.

Critics both at home and abroad have blasted the rightwing governments in both Poland and Hungary, accusing them of rolling back democratic freedoms by tightening their grip on public media and undermining other democratic checks and balances.

"Maybe he doesn't like the decision made by Hungarians, but that's not enough reason for the former U.S. president to insult them."