One Killed in Poland Crash during NATO Exercises 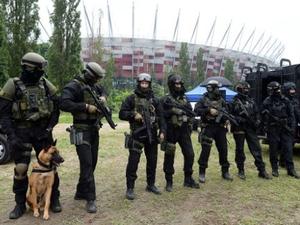 A Polish motorist died Wednesday after crashing into a United States military truck on a motorway in western Poland, where large-scale NATO war games are underway.

"The car's driver died while the passenger was injured," said Wojciech Kaliszczak, a spokesman for the Anaconda-16 maneuvers involving 31,000 troops from 24 NATO and partner states.

"The large (U.S. military) truck was traveling in a convoy with the Anaconda exercises," he added.

It was not immediately clear why the civilian car crashed into the truck while traveling on the A-18 motorway near the town of Swietoszow.

Police were investigating the causes.

Ben Hodges, Commanding General, U.S. Army Europe, who is supervising the 14,000 US troops taking part in the maneuvers, expressed his condolences to the family of the deceased.

NATO says the 10-day exercises are intended to shore up security on the alliance's eastern flank, where member states have been spooked by Russia's increasingly assertive actions.