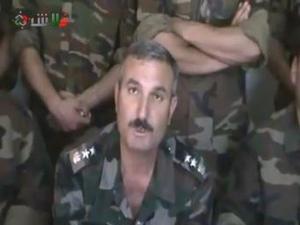 Free Syrian Army chief Riad al-Asaad on Thursday called for foreign air strikes on "strategic targets" in Syria to speed up the fall of the regime, in a telephone interview with Agence France Presse.

"We are not in favor of the entry of foreign troops as was the case in Iraq but we want the international community to give us logistical support," said FSA chief Colonel Asaad, who is based across the border in Turkey.

"We also want international protection, the establishment of a no-fly zone, a buffer zone and strikes on certain strategic targets considered as crucial by the regime," he said.

In contrast, the leader of the main Syrian opposition group in exile said after talks in Paris on Wednesday that his organization does not want to see rebels launch armed attacks on President Bashar al-Assad's forces.

Amid fears of the deadly anti-regime protests in Syria since mid-March turning into civil war, Burhan Ghalioun of the Syrian National Council said the FSA should try to avoid direct confrontation with regime troops.

"We would like this army to carry out defensive actions to protect those who have left the (regime's) army and peaceful demonstrations, but not take on offensive actions against the army," he said.

But Asaad said limited foreign intervention would "allow us to triumph in a relatively short time" and singled out missile batteries in coastal areas as prime targets for attack.

The FSA now has 20,000 men and its ranks, which are swelling each day, according to the colonel.

"We are determined to liberate our people and to make the regime fall," he said, charging the regime was now counting on "mercenaries" sent by Lebanon's Hizbullah and by Iraq's anti-U.S. Shiite cleric Moqtada Sadr.

Oh wow the guy behind him has his arms crossed. He must really mean business!

A very reasonable demand indeed!. The free Syrian Army should coordinate very closely with the STC and start providing intel on the vital military installations and hardware of the Assad militia (be them hidden or exposed) which the FSA needs to be targeted.