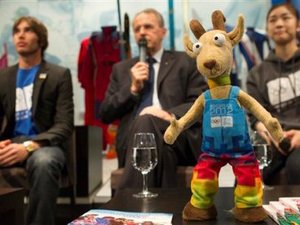 IOC President Jacques Rogge has praised Russian organizers for making significant progress in preparations for the 2014 Winter Games in Sochi.

Rogge is in the Black Sea resort for meetings of the European Olympic Committees. He was taken on a tour of the venues Thursday by Dmitry Chernyshenko, head of Sochi's local organizing committee.

Rogge says he witnessed remarkable changes since his previous visit to Sochi 18 months ago.

Russia's Deputy Prime Minister Dmitry Kozak said construction of all facilities of Sochi's mountain cluster will be completed this year and they will host international ski, freestyle and biathlon events next February and March.

Kozak said the government may consider subsidizing loan rates for some private investors involved in Sochi construction projects. He added it wouldn't entail any significant increase in costs.