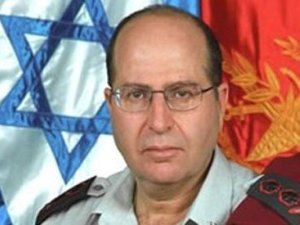 Syrian President Bashar al-Assad's time as president is all but up as he pursues a bloody crackdown on dissidents, Israeli deputy prime minister Moshe Ya'alon said Thursday.

"It seems that he's approaching his end as leader of Syria," Ya'alon said after meeting Foreign Minister Karel Schwarzenberg of the Czech Republic, a country that is a traditional Israeli ally.

"The situation is irreversible as president Bashar al-Assad is losing legitimacy by killing the dissidents. More than 3,000 casualties so far, and unfortunately this is still a bleeding conflict," he added.

On Thursday, the Arab League was to meet in Cairo to discuss measures against Damascus over the conflict that has left more than 3,500 dead since it broke out in mid-March, according to the United Nations.

Ya'alon also slammed the leadership in Iran as "the main instigator of instability in the region" and called for harsh sanctions, echoing a call by Israeli Prime Minister Benjamin Netanyahu.

The sanctions followed a report by the International Atomic Energy Agency (IAEA) that came the closest yet to suggesting Tehran was seeking a nuclear weapons capability.

"Following the IAEA report, we believe this is a time for crippling economic sanctions to be imposed on this regime and to put this regime as soon as possible to a dilemma: whether to have a bomb or to survive."

"It can be achievable by imposing sanctions, by isolating the regime politically, by ... support to the opposition and by keeping all the options on the table," he added.