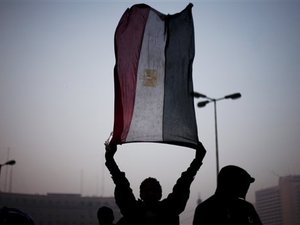 Ganzouri headed the government from 1996 to 1999, under ousted president Hosni Mubarak.

The reports of his appointment came after the ruling military council on Tuesday accepted the resignation of caretaker premier Essam Sharaf's cabinet, amid spiraling unrest, and invited the country's political forces for crisis talks on the formation of a "national salvation" government.

After the popular uprisings earlier this year that toppled Mubarak, Ganzouri distanced himself from the former leader in a television interview, prompting several Facebook pages to recommend him as a future presidential candidate.

Born in 1933, Ganzouri served as minister of planning and international cooperation before his first tenure as Egyptian premier.

He then made a name for himself by working to strengthen ties between Egypt and the World Bank and International Monetary Fund.