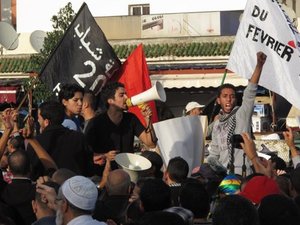 Moroccans began voting Friday in the first legislative election since the approval of constitutional reforms that give parliament and the prime minister more powers.

The election, the second in north Africa since the Arab Spring uprisings began, pits the moderately Islamist Justice and Development party against a coalition loyal to King Mohammed VI.

Overall 31 parties are vying for the 395 seats in the lower house of parliament -- 70 more than during the last election in 2007.

The new seats are reserved for women and younger deputies in a bid to give an assembly so far dominated by ranking public figures a more modern look.

Voting stations opened at 8 am (0800 GMT) and will close at 7 pm with the first provisional official results expected several hours later. Final results will be announced Saturday.

The election comes less than five months after a July referendum approved a new constitution proposed by King Mohammed VI as regimes in neighboring countries were being swept away by the Arab Spring uprisings.

The amended constitution gives parliament a greater role in the legislative process and strengthens the role of the prime minister, who now must be appointed by the king from the party which wins the most seats in the assembly.

Opinion polls are not allowed but observers said the opposition Justice and Development Party would make strong gains after a similar success by a moderate Islamist party in Tunisia's first democratic election last month.

Its main rival is the Coalition for Democracy, eight-party pro-monarchy bloc that includes two of the current five governing parties -- the Popular Movement and Finance Minister Salaheddine Mezouar's National Rally of Independents.