U.S. Calls for Speedy and Fair Transfer of Power in Egypt 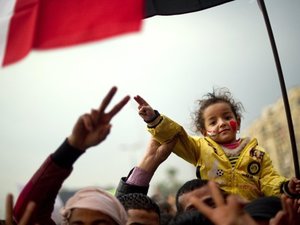 The transfer of power to a civilian government in Egypt must be "just and inclusive" and take place "as soon as possible," the White House said Friday.

"Most importantly, we believe that the full transfer of power to a civilian government must take place in a just and inclusive manner that responds to the legitimate aspirations of the Egyptian people, as soon as possible," White House Press Secretary Jay Carney said in a statement.

Ganzuri headed the government from 1996 to 1999 under ousted president Hosni Mubarak.

Carney said the United States deeply regretted the loss of life during recent protests and urged the Egyptian authorities "to implement an independent investigation into the circumstances of those deaths."

But he added that the situation in Egypt required "a more fundamental solution, devised by Egyptians," which would be consistent with universal principles.

"The United States strongly believes that the new Egyptian government must be empowered with real authority immediately," the statement said.

"We believe that Egypt's transition to democracy must continue, with elections proceeding expeditiously, and all necessary measures taken to ensure security and prevent intimidation."

The press secretary assured that the United States will "continue to stand with the Egyptian people as they build a democracy worthy of Egypt's great history."